I was a Professional Belly Dance Performer and Instructor in the Northeastern states from 2002-2018. I have appeared at hotels, Atlantic City Casinos (Harrah’s, Borgata, and Golden Nugget), showcases, festivals, country clubs, universities, charity events, and performed with dance companies. I have been requested by invitation to perform for the Turkish Ambassador to the United States, and to appear in Cairo, Egypt. I have performed on stage as Lola in an off-Broadway rendition of the Damn Yankees in New York City.

I have also given dance instruction lessons, and lectures on the ancient art form of Middle Eastern Dance at several colleges and dance studios throughout Philadelphia and the surrounding states. I have had many articles published that I have written on Middle Eastern Dance that embody the true essence of this art form. My performance career lasted from 2002 until 2018, after which I retired from performing and focused solely on teaching.

My studies included lessons in the Egyptian, Turkish, Lebanese, and American Cabaret styles of dance.

Belly Dancing is a spectacular addition for any occasion. I offer family friendly, traditional lessons in public venues, studios and gyms. All lessons are designed to accommodate the designated location, and participants. Request a quote today! 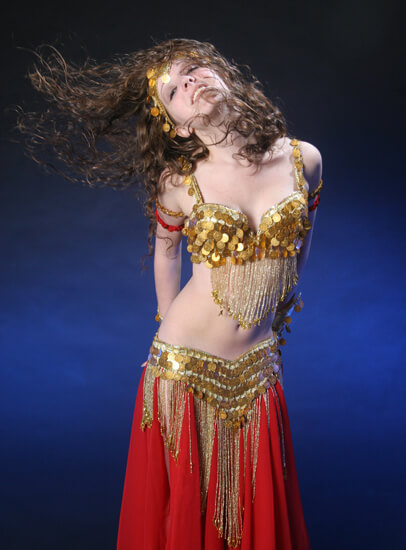 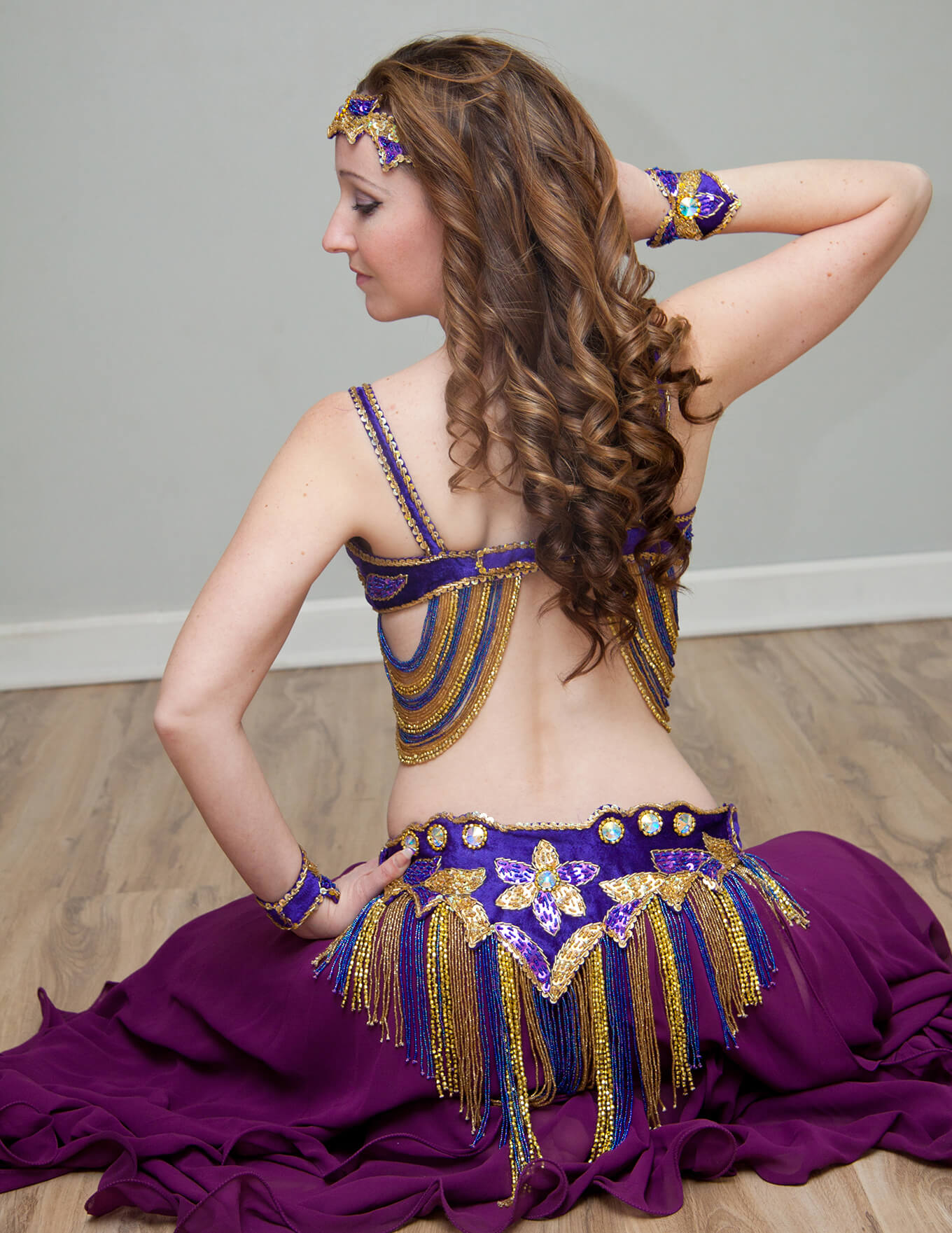 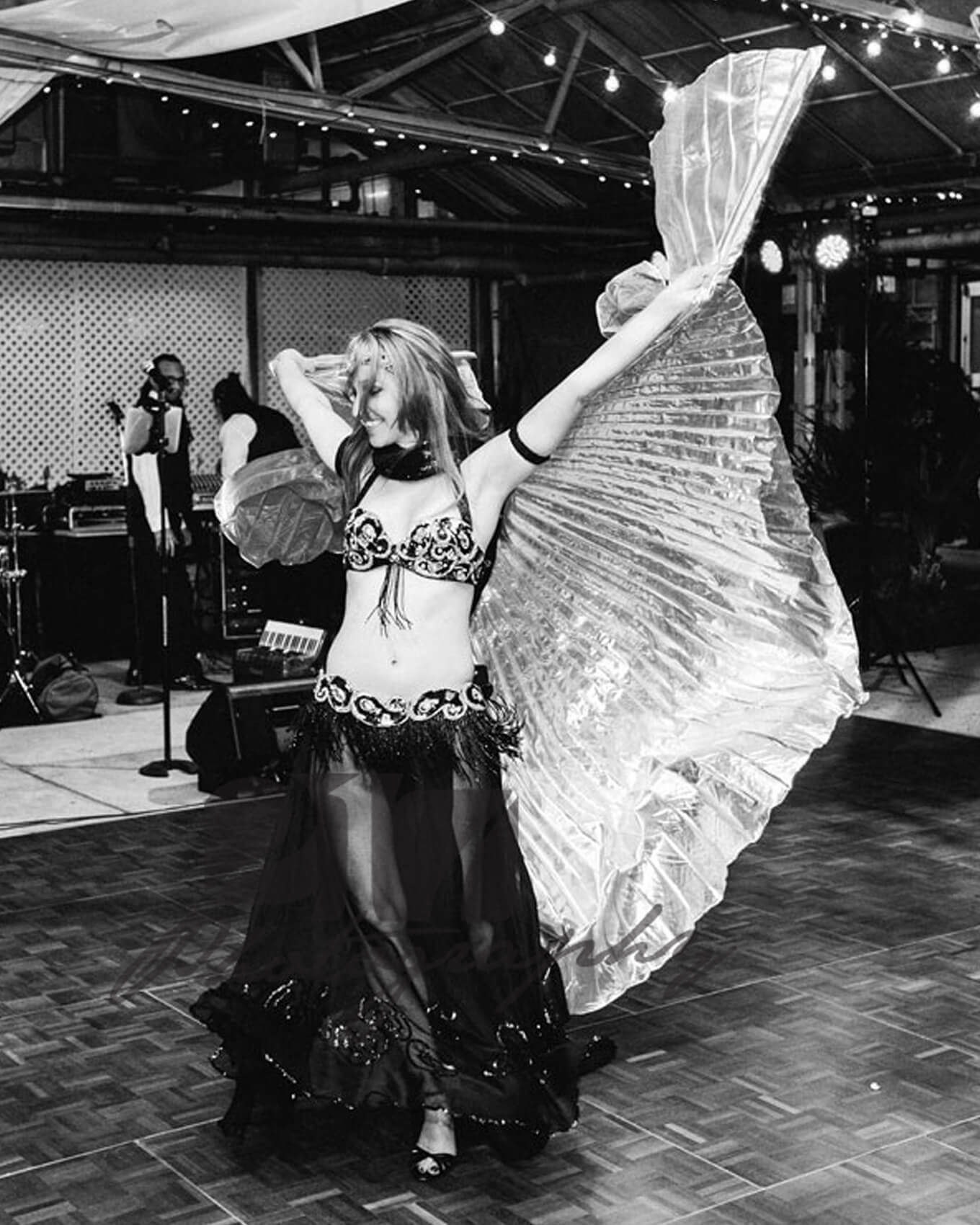 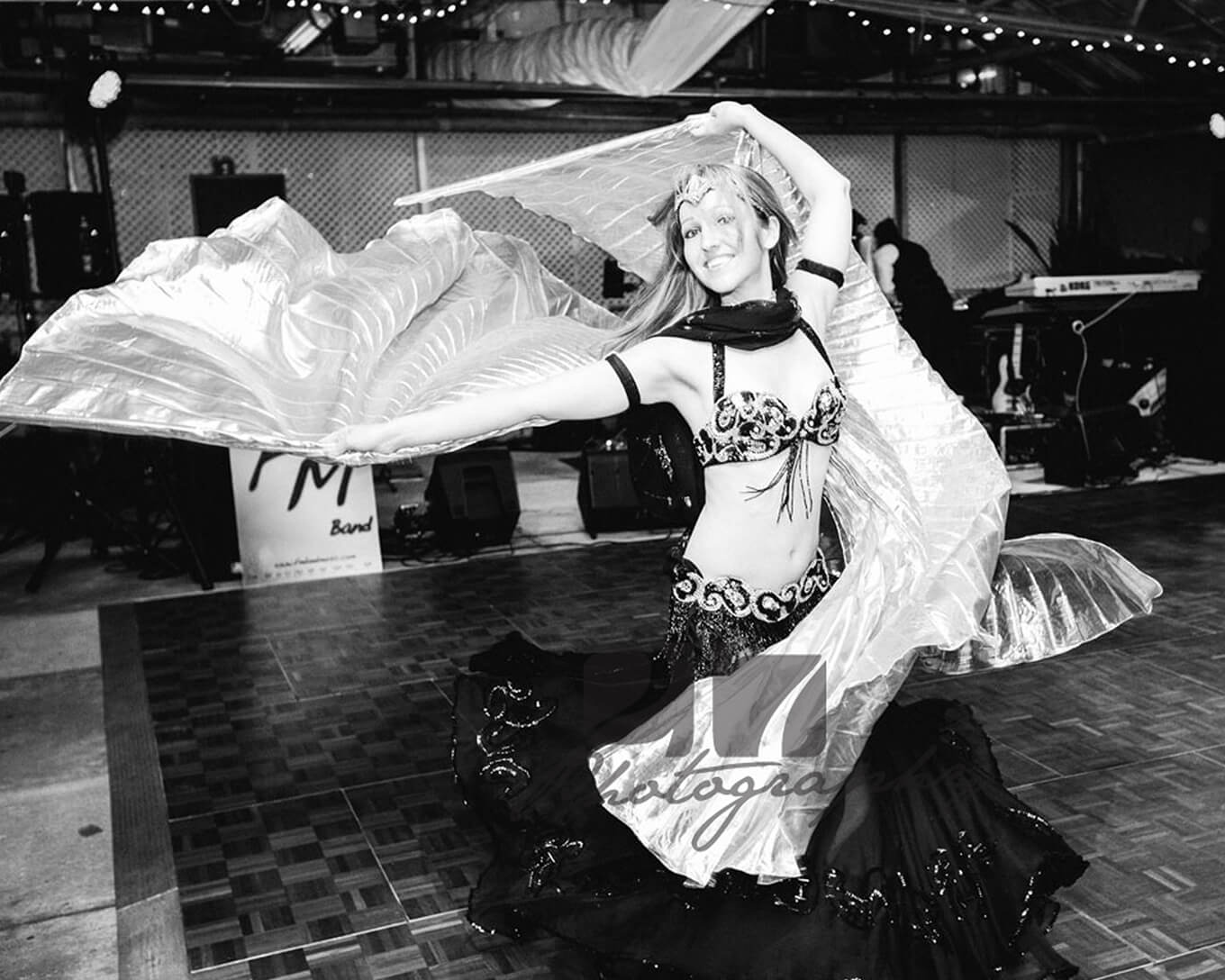 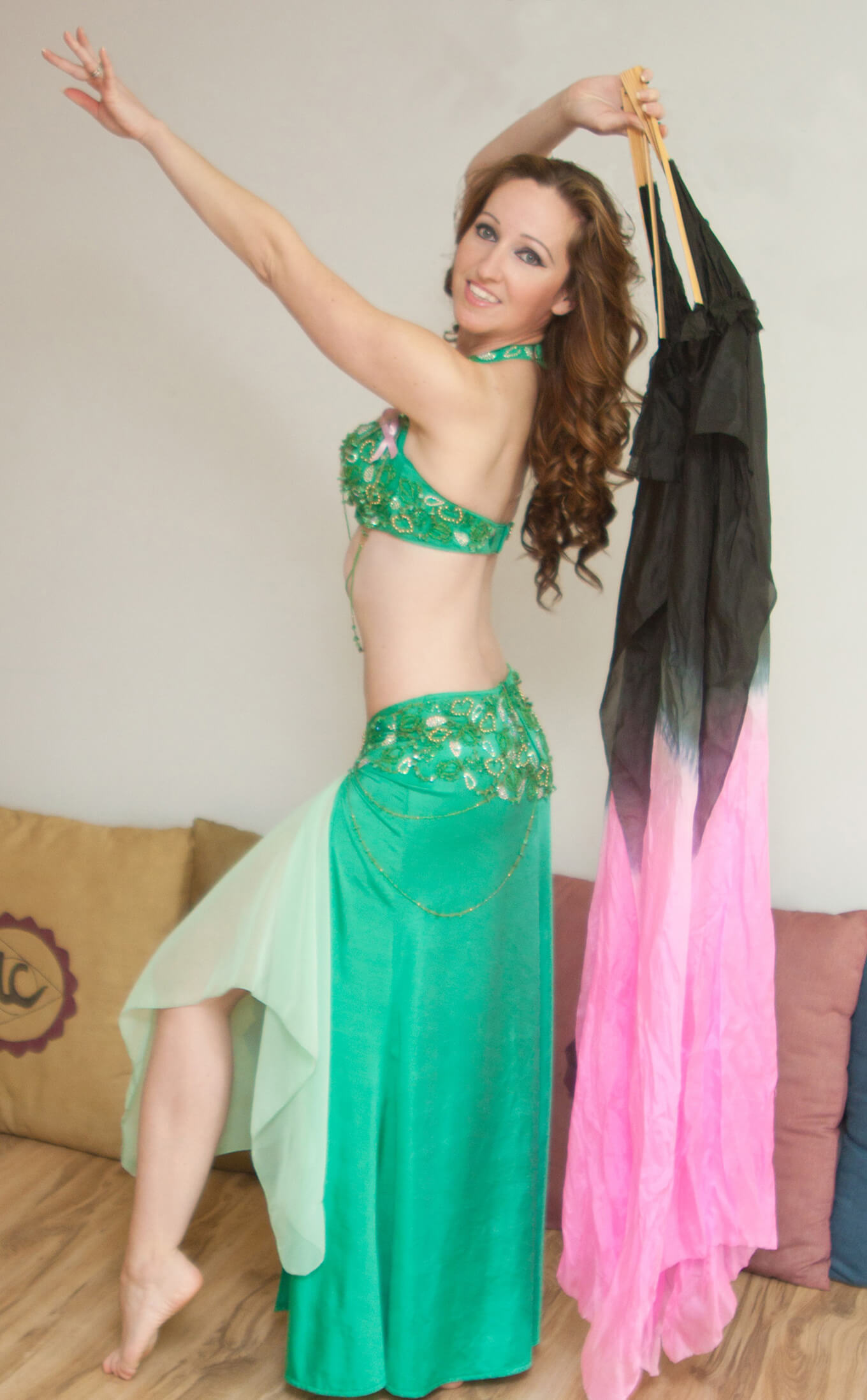 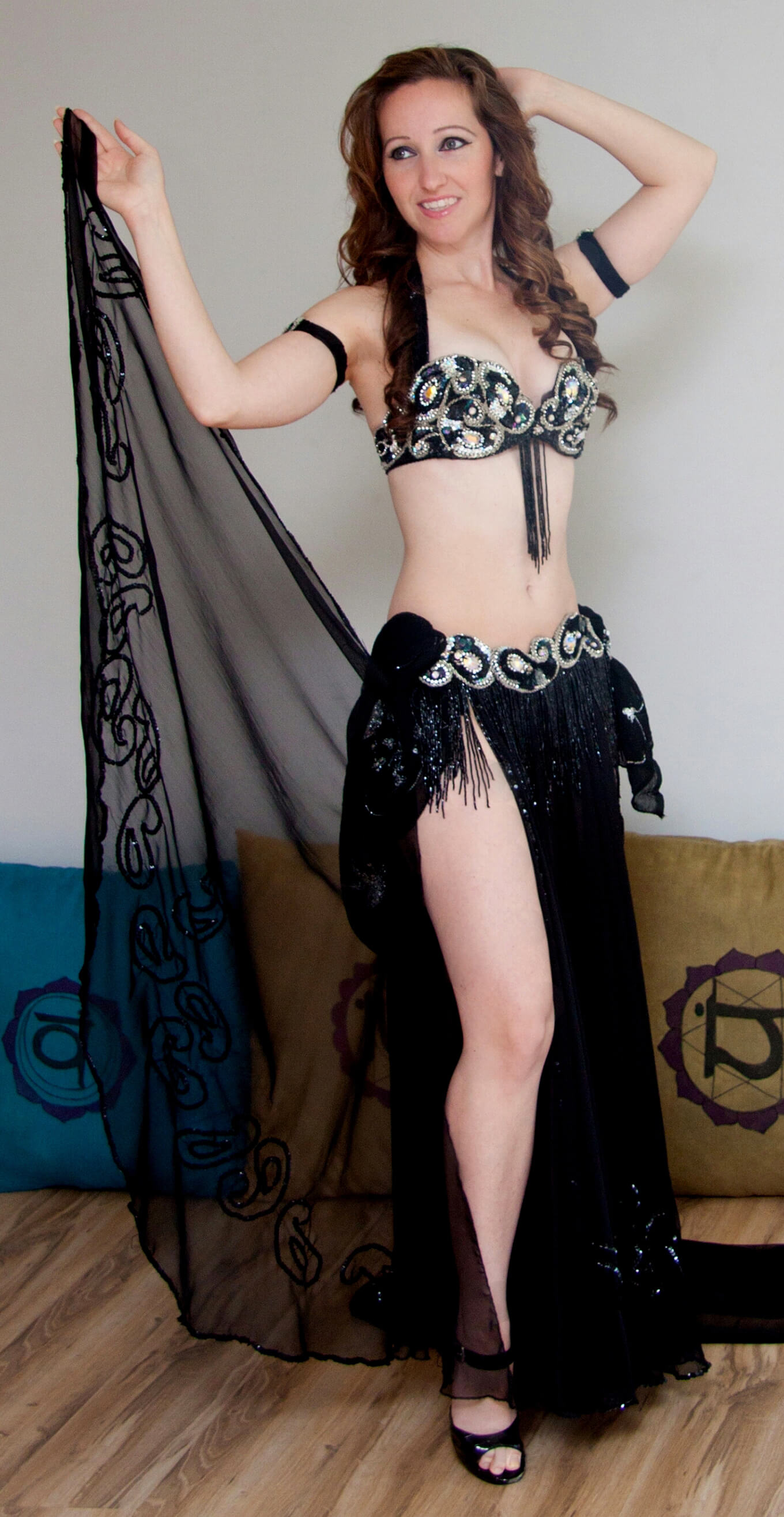 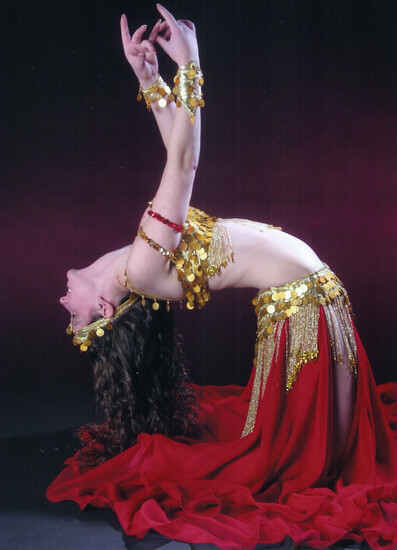 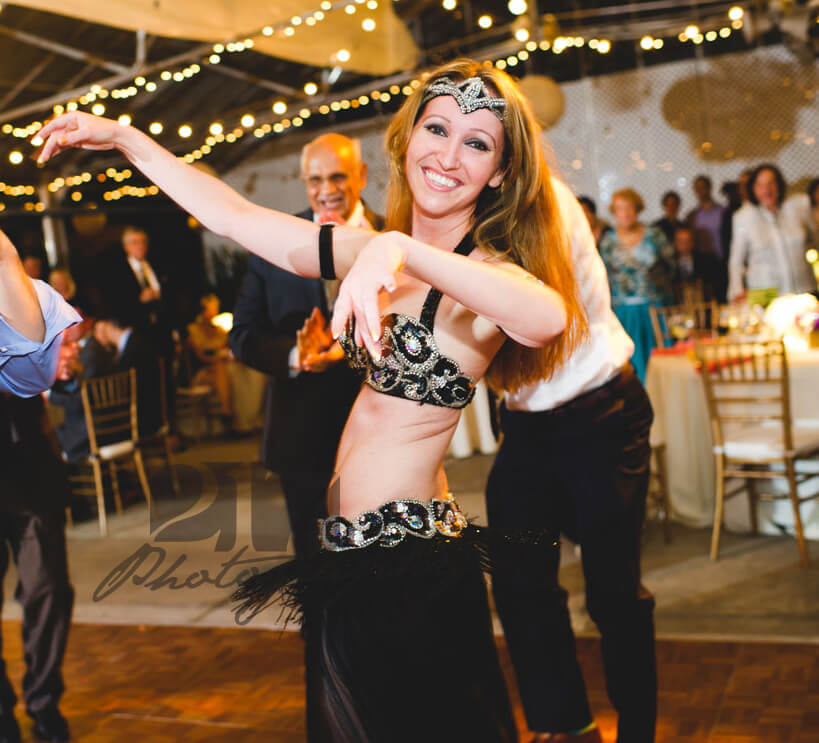 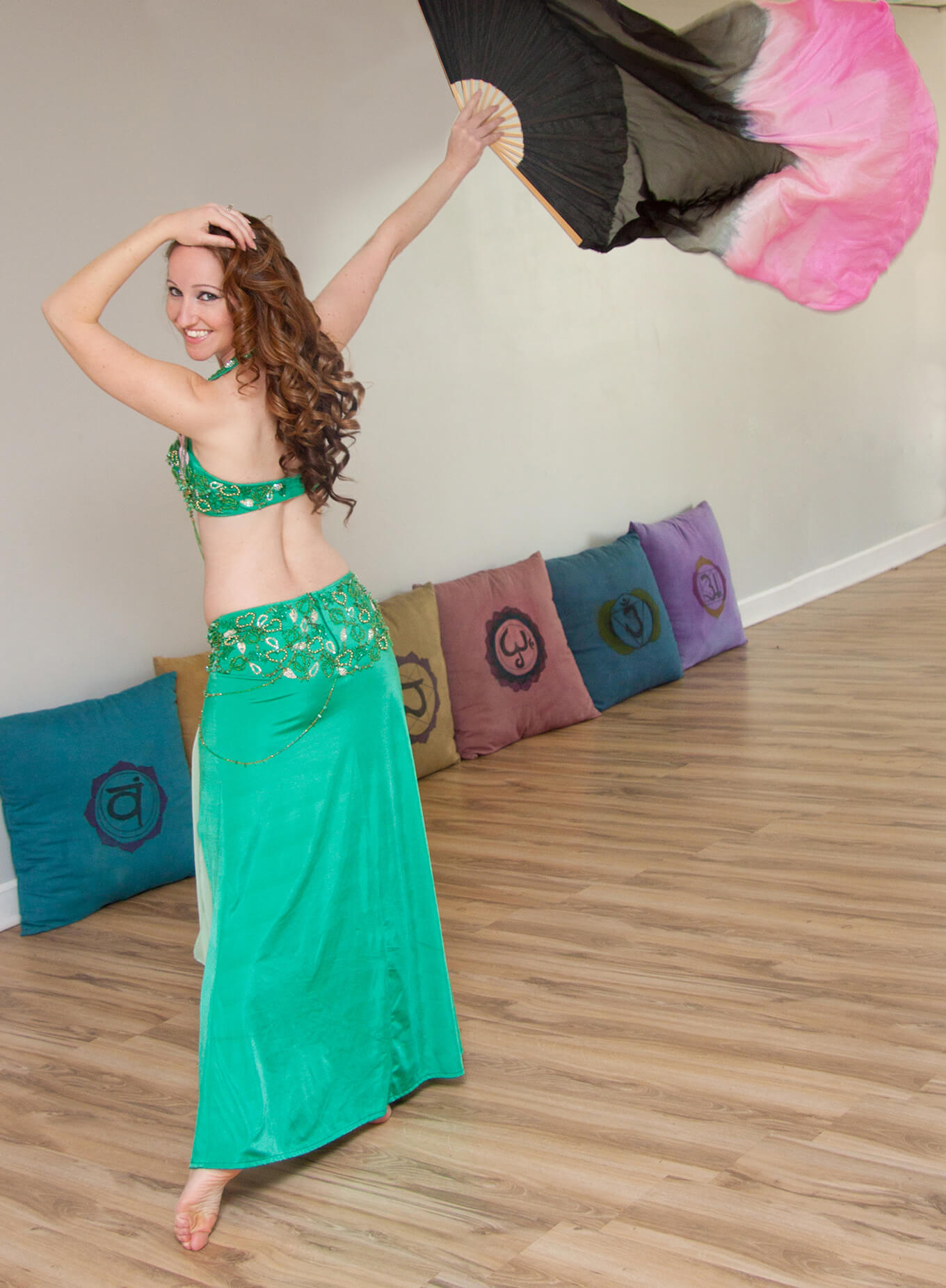 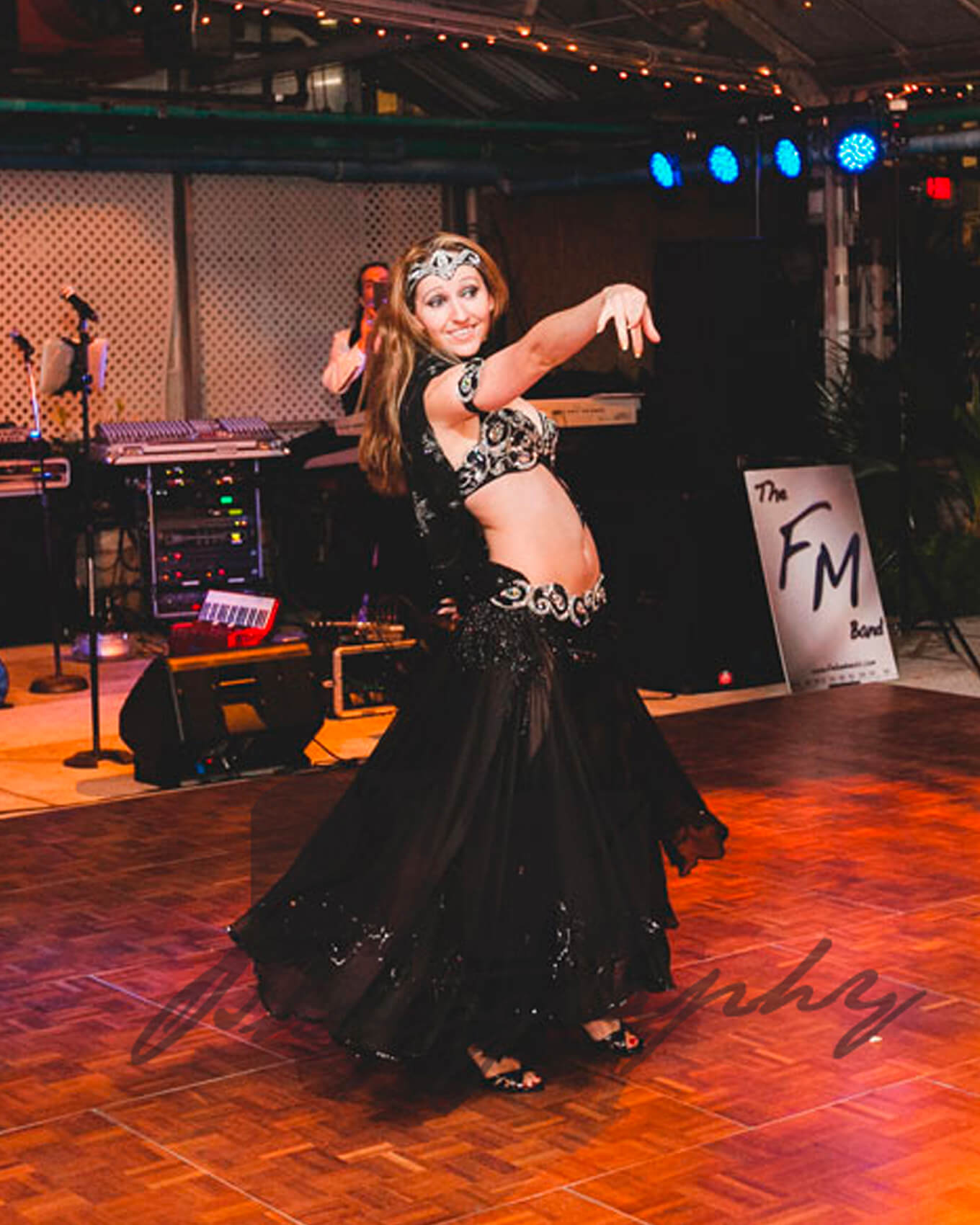 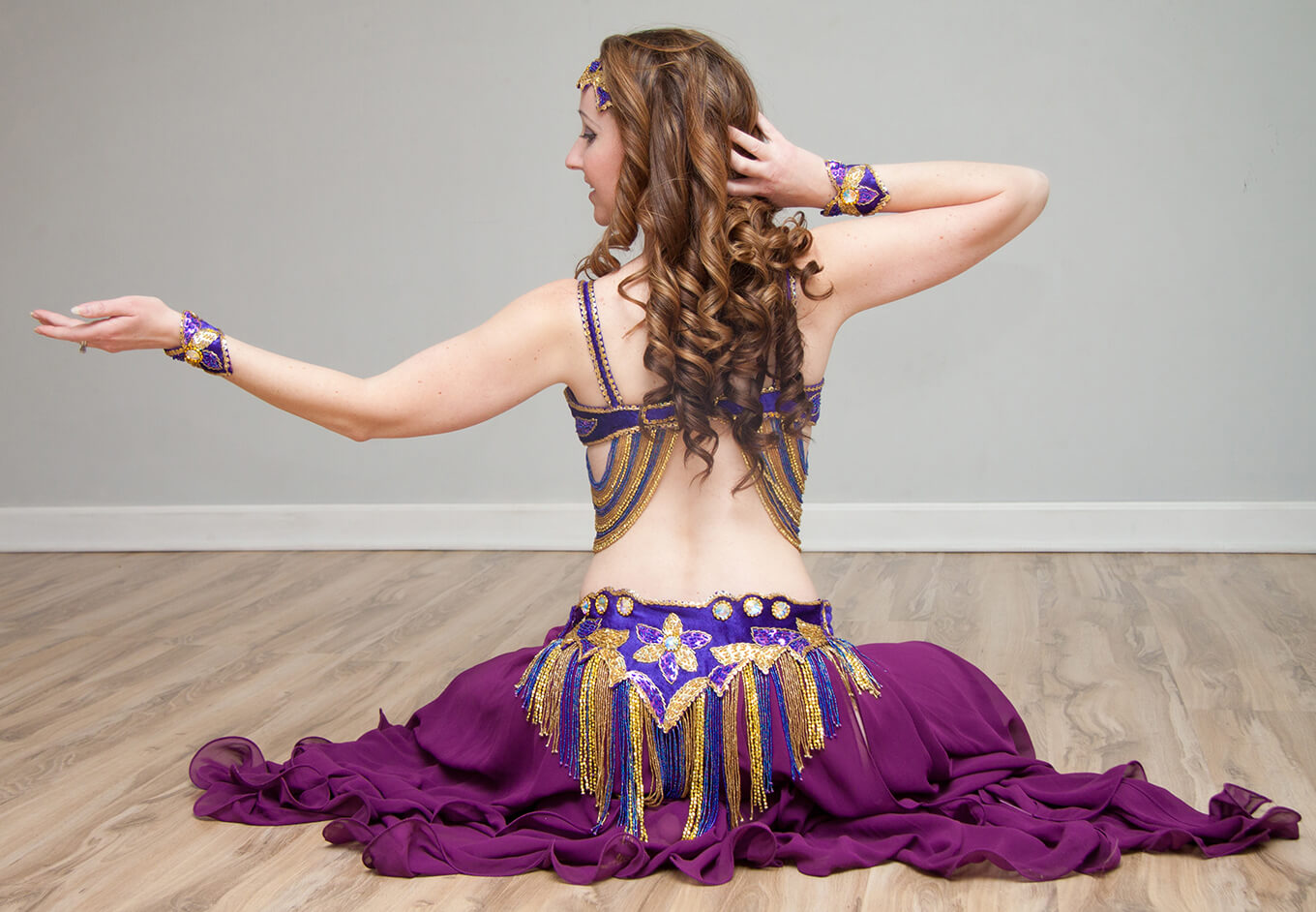 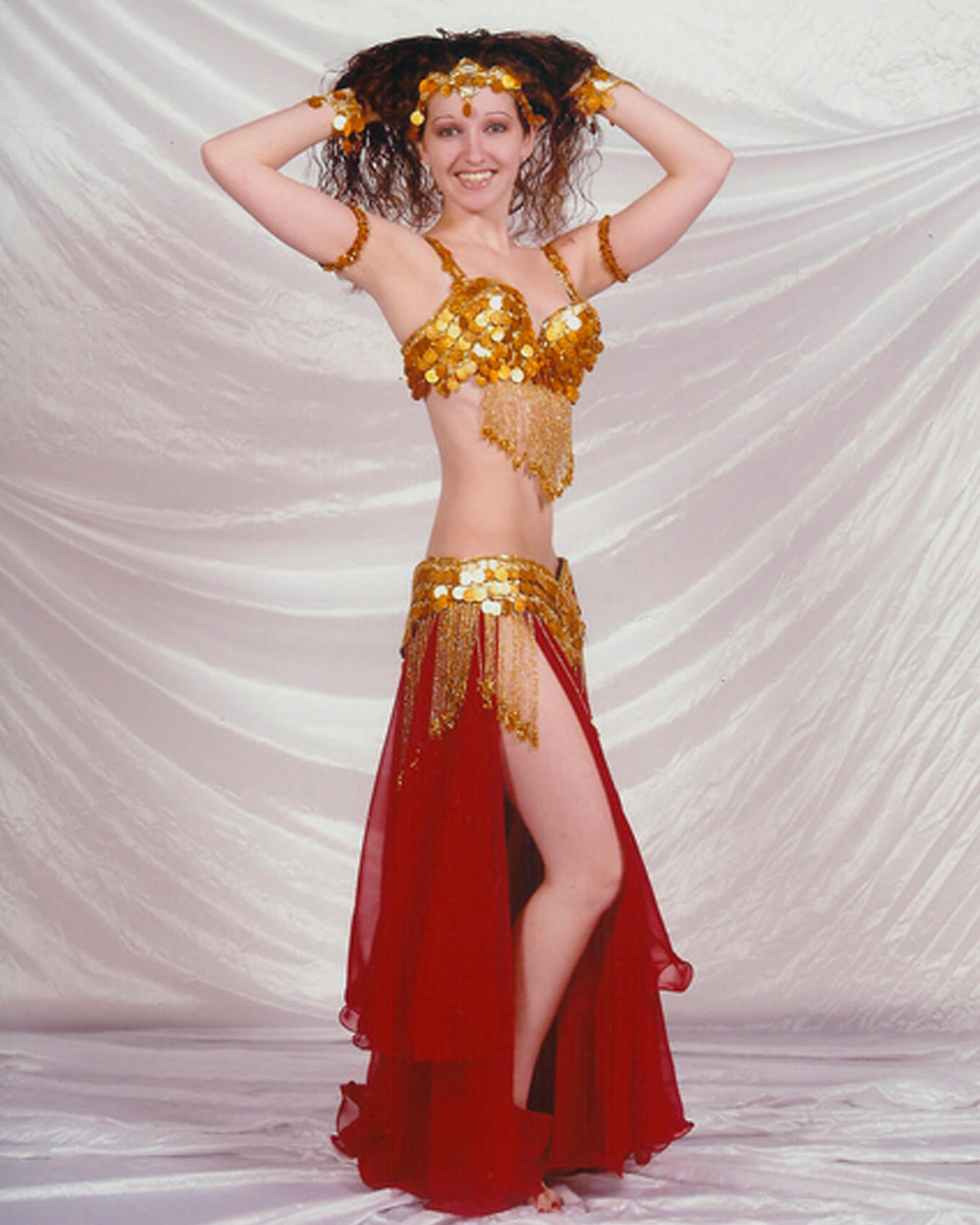 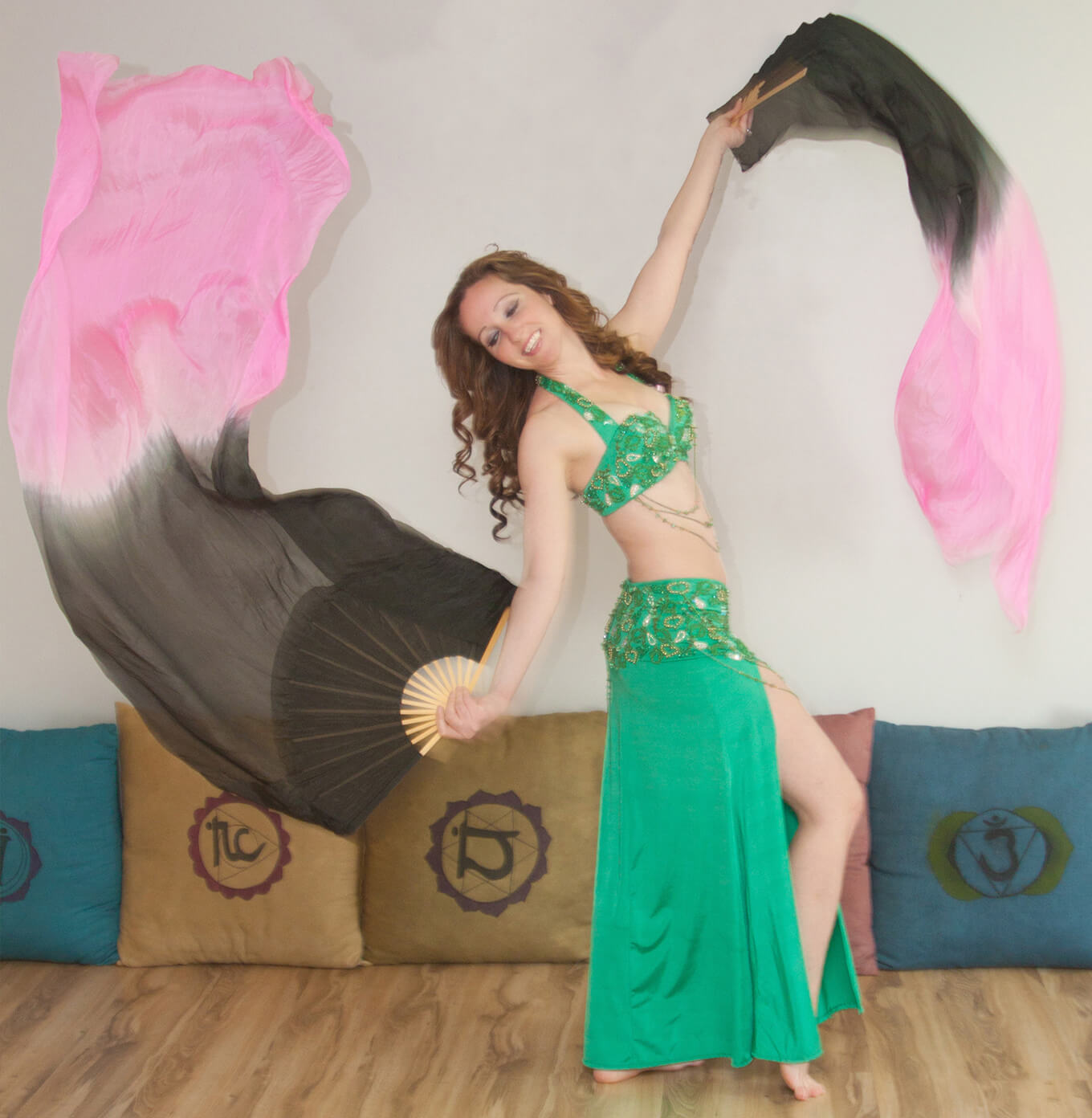 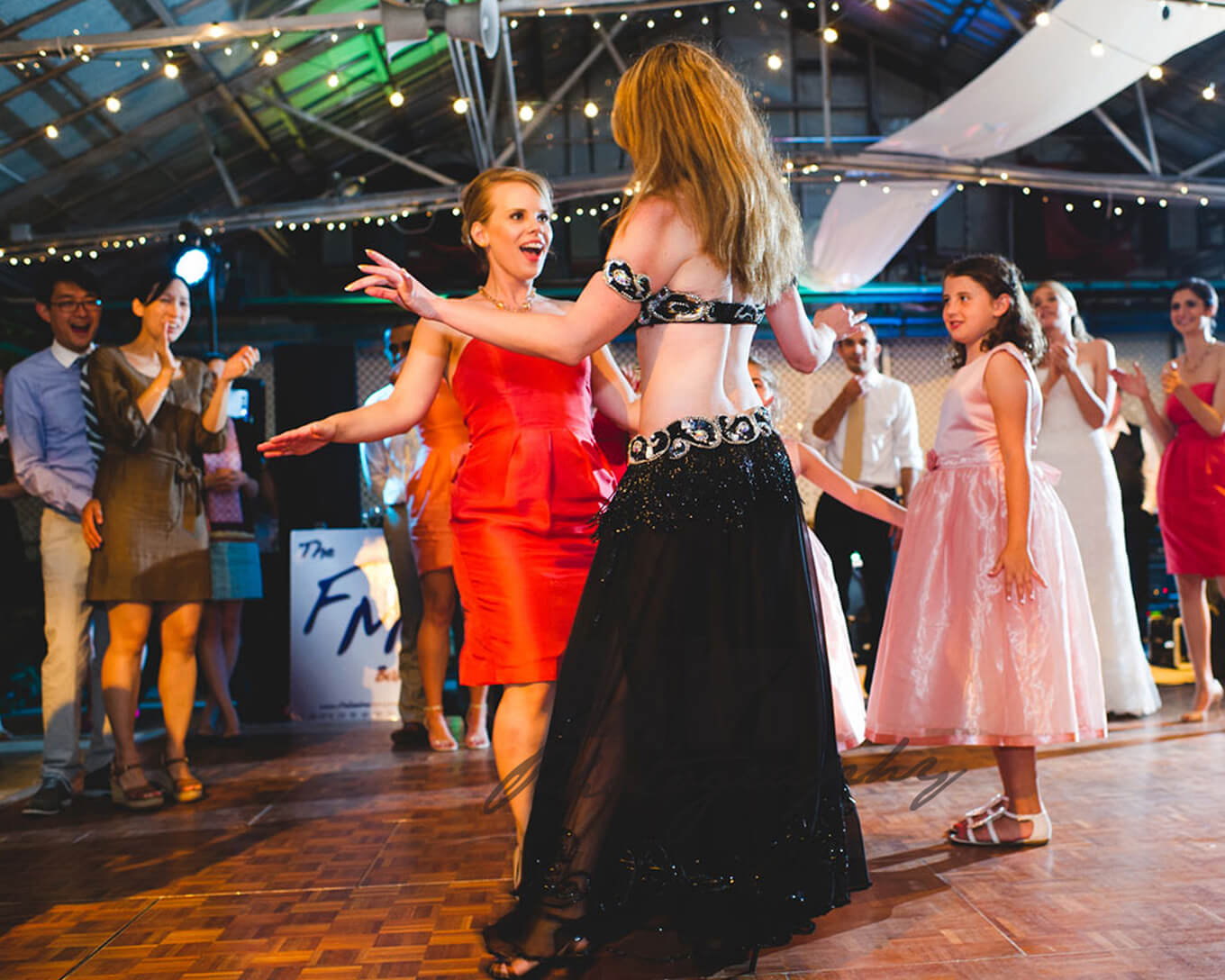 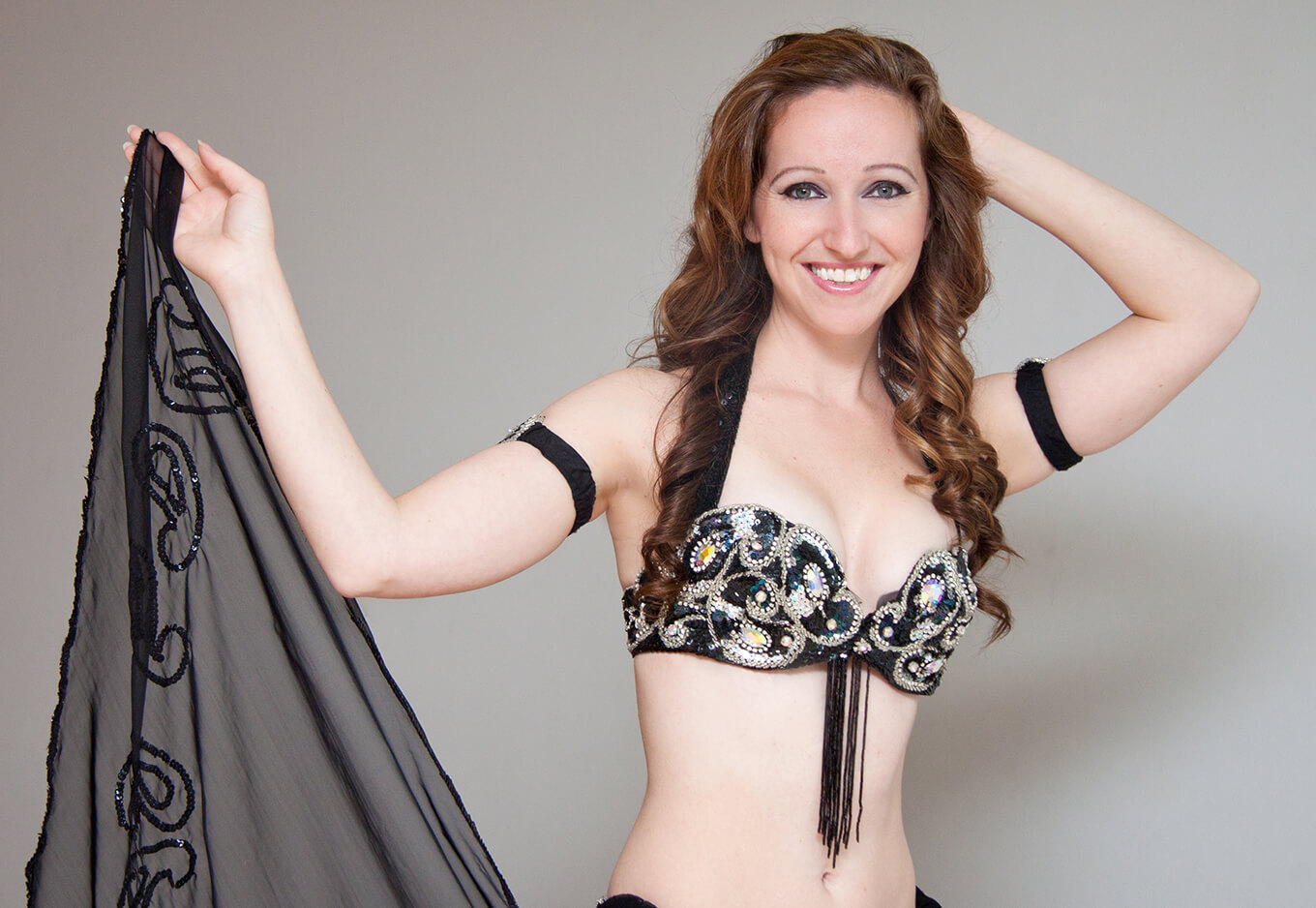 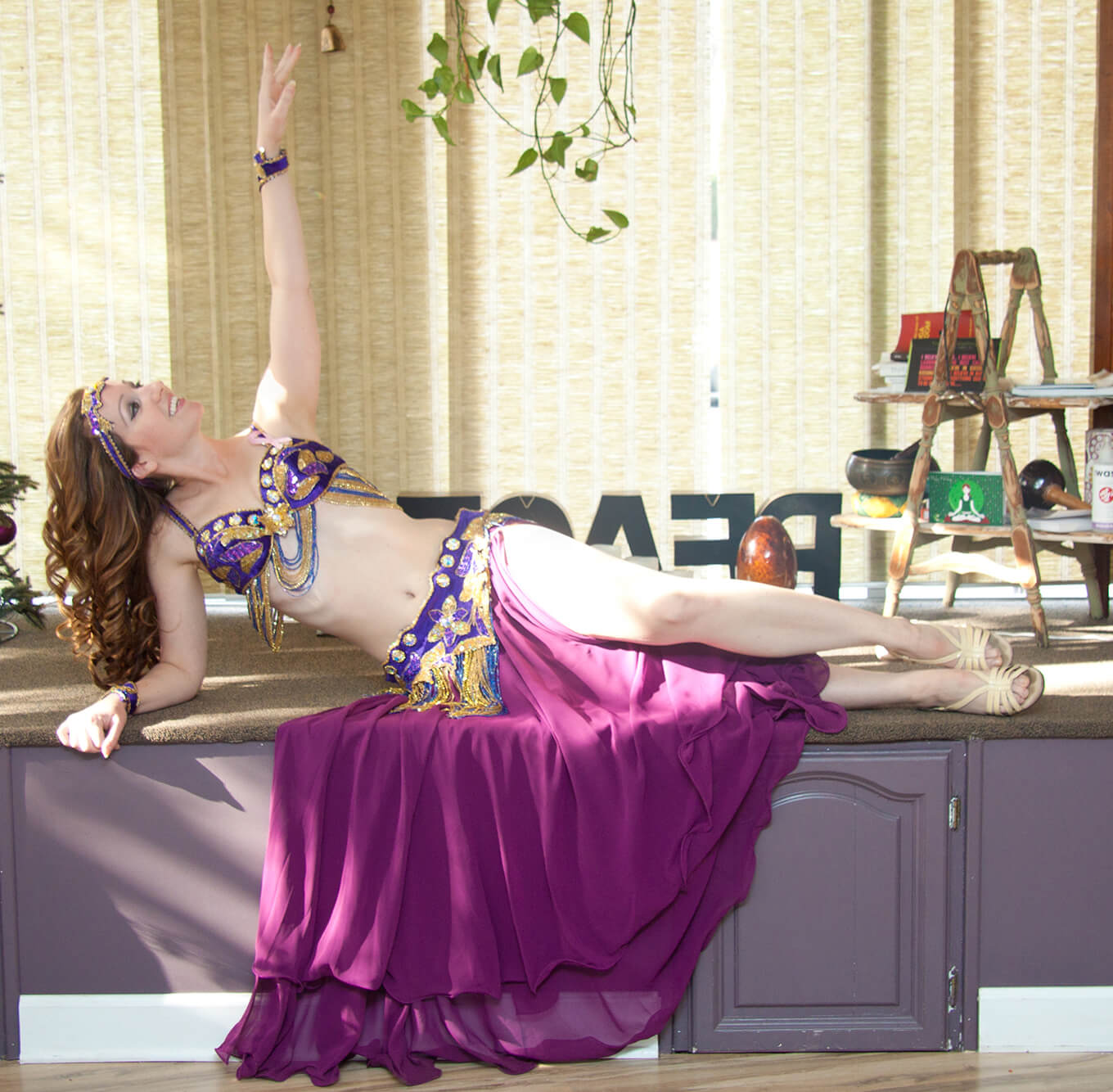 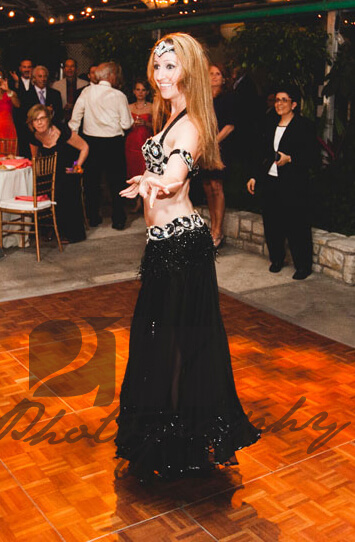 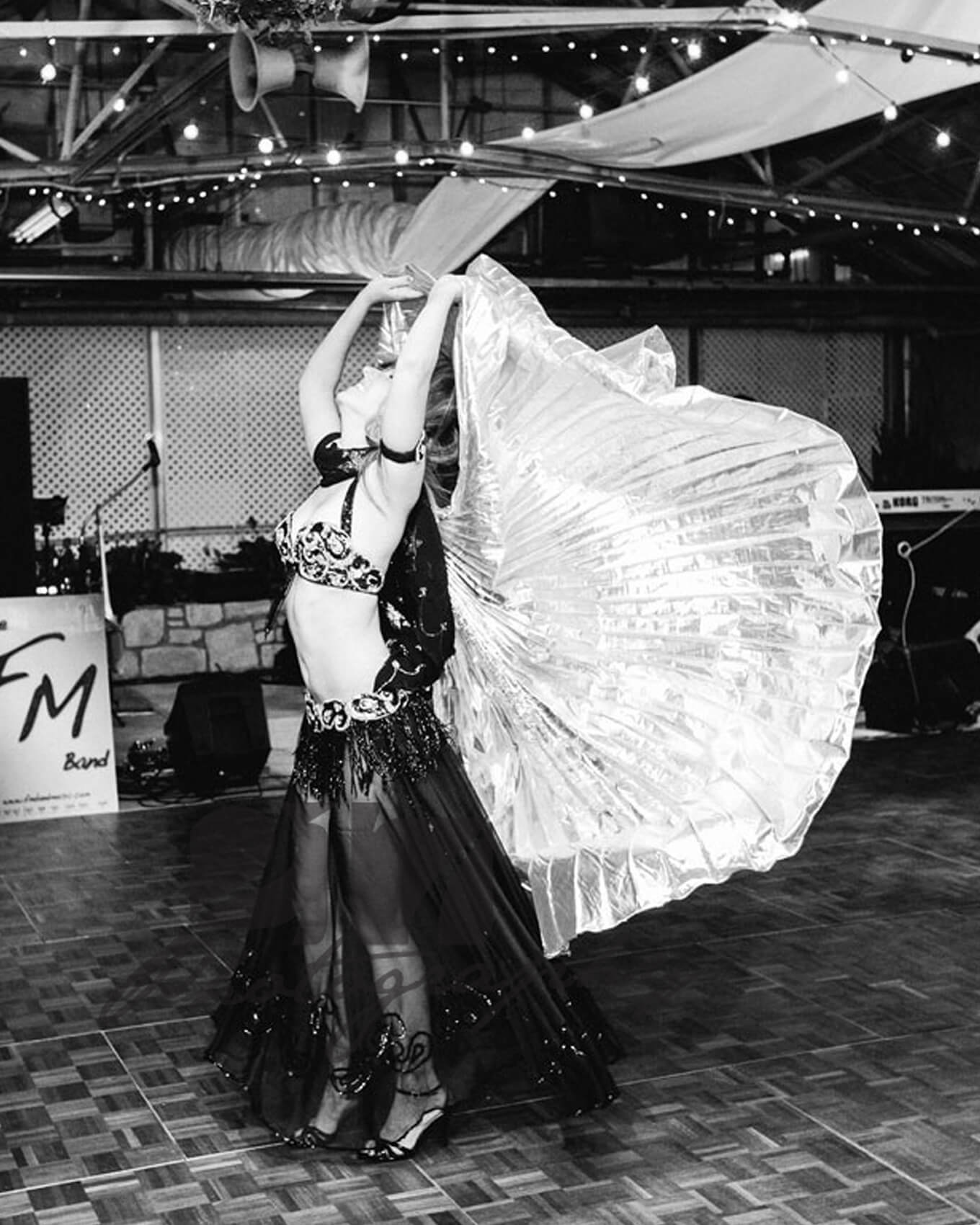 Read what others have said about Donna:

I was very impressed with her grace and professionalism. Truly a classic Middle Eastern Dancer that provided a family friendly show. Everyone enjoyed her stage performance and she was a great addition to our show. I highly recommend booking this performer!

Donna was a fabulous dancer! Very professional, timely, polite and entertaining. I saw her with my husband at a local restaurant and thought she was the best Middle Eastern Dancer i had ever seen. Her costumes were great and she even tried to match my theme with color. I loved her and was even looking into taking a few classes with her as her style is classic and traditional with a small modern upbeat flare. She was very good with all my guests and the kids loved her.

I hired Donna to dance the lead role of Lola in my dance companies production of "Damn Yankees" and it was just the best choice! Her performance and professionalism made her a joy to watch and work with. The audience just loved her and she received a standing ovation upon her bow. I will be booking her again for more musical theater productions.

My company hired Donna for a short performance for our annual corporate party and everyone loved her. She was so professional and an extremely talented dancer I would recommend her to anyone. I have been to Egypt on business trips and seen many Middle Eastern dancers but Donna is by far my favorite performer - she moves with the music so well and she is very friendly.

I hired Donna for my sisters wedding shower and we never had so much fun before! She was entertaining, funny, and a spectacular dancer! I have been to Turkey before on a few business trips and she is better than the dancers I saw there - very authentic like you just stepped into an Arabian movie - her instruction was slow and patient yet she had us all moving fast and kept the energy alive. I loved this performer/instructor and even started to try to take classes cause she inspired me. Hope we can book her again! Pros: Helpful, Engaging, Encouraging, Smart, Patient, Funny, Fun, Good communicator.

I hired Donna to come teach a class workshop on belly dancing at my studio and I was so impressed with her skills that I hired her as a full-time instructor. She not only gave a wonderful class but she also had such an extended knowledge about the art of belly dancing I was surprised. During class she would take time to explain the core of the movement and the reasons behind it. It is rare to find a teacher who will take such time and that really enjoys what she is doing

You were amazing - we loved your dancing and you made the whole night a success. The couple who had the anniversary just loved you, our entire party loved your dancing. I have been to Turkey a few times and you look like you belong over there you are so talented and your dancing is truly authentic/wonderful. Thank you my dear, both of your performances were exquisite!

I hired Donna after having seen her perform a magnificent classic show at my friends wedding, for a benefit I held in Philly. She was timely, classic, professional, beautiful and a fantastic dancer. All of my guests enjoyed her performance and her personality is so endearing you can't help but love her. It was like I was in Egypt watching a master dancer. We had a wonderful event and I will definitely be calling her for a return show next year. If you want an extremely talented and professional dancer I recommend Donna highly!

I love your classes Donna, they are so much fun and such a great workout. I am really starting to feel the dance now and have accomplished much movement. Thank you for your patience in teaching and for making me feel comfortable about being a woman. I would like to remain your student for many years inshallal!

We had such an awesome time with you Donna thank you! Very good dancing all of our guests enjoyed your show and many I passed on your info to so you will be hearing from them. I hope to have you back again next Spring for our next convention. You were really fun and such a great dancer, you blend with the music well. See you in New York this summer and thanks again!

I cannot thank you enough! Everyone had a great time and really are a wonderful dancer. We enjoyed the lessons you gave us and will be coming to your classes soon for the summer. If you ever need a reference please use me as I cannot say enough good things about your dance. Thank you Donna for being a great teacher and for being so down to earth and friendly.

I hired Donna through gigsalad for my friends bridal shower and it was the most fun we have ever had. Most bridal showers are really boring but we had an Arabian theme and she was the center attraction. She had the bride up and dancing and laughing so hard we couldn't believe how much fun all our guests had. Donna was very professional, a great dancer and very entertaining. It was like having one of our oldest friends over to teach us to dance. Thanks for your patience and your light-heartedness. We loved you - please come back soon!

You were so good to all of us this past Spring in class in Warminster. I have had many dance classes with very serious and nasty teachers and you were the total opposite. You were so much fun you had us looking forward to coming to class and we learned so much because you made it so easy and didn't judge us. We had a great time and lost a lot of weight - we are so coming back in the Fall. I would recommend this teacher to anyone whether you are beginning or are a serious professional. Donna is an awesome teacher!

I cannot thank you enough for performing at my wedding! All of our guests raved about you and asked for your information. You really helped get our wedding reception started. As having a Lebanese family it is tradition for us to have a belly dancer and you were so great just the perfect choice. Thank you for choosing Lebanese music also to use during your show it really inspired the guests and they loved you! If you ever need recommending please feel free to pass on my info as I would be glad to. You are a true artist and one of the best dancers I have ever seen. Many thanks - hugs and kisses!

Thank you Donna for coming on short notice and performing at our wedding. You were superb and all our guests loved you. I also appreciate you taking time to pose for pictures at the end with so many of our guests. You are truly a great artist and your dancing was some of the best I have ever seen. I hope to be able to take classes with you in the New Year.

Thank you again for A WONDERFUL PERFORMANCE.

Thank you Donna for coming on short notice and performing at our wedding. You were superb and all our guests loved you. I also appreciate you taking time to pose for pictures at the end with so many of our guests. You are truly a great artist and your dancing was some of the best I have ever seen. I hope to be able to take classes with you in the New Year.

Thank you again for A WONDERFUL PERFORMANCE.

My wife and I hired Donna to perform at our wedding because we had seen her perform previous to the event. She did a wonderful job and all of our guests loved her. She is family friendly and has such a lively personality she had everyone enjoying themselves and really kicked off our dancing and festivities for the evening. She was professional, an amazing dancer and simply lovely to watch. I would highly recommend hiring this dancer for any event. Thank you Donna you are truly one of the best!

We hire Donna for our party we have to celebrate engagement. She come on time and perform incredible show for us. We find her a great dancer and she stay after to take picture with guests. Very warm and welcoming person with talent that is great. All our party people had wonderful time and she dance so well we amaze. I want have you back in future please come - you are beautiful belly dancer.